Can you help a little girl out? 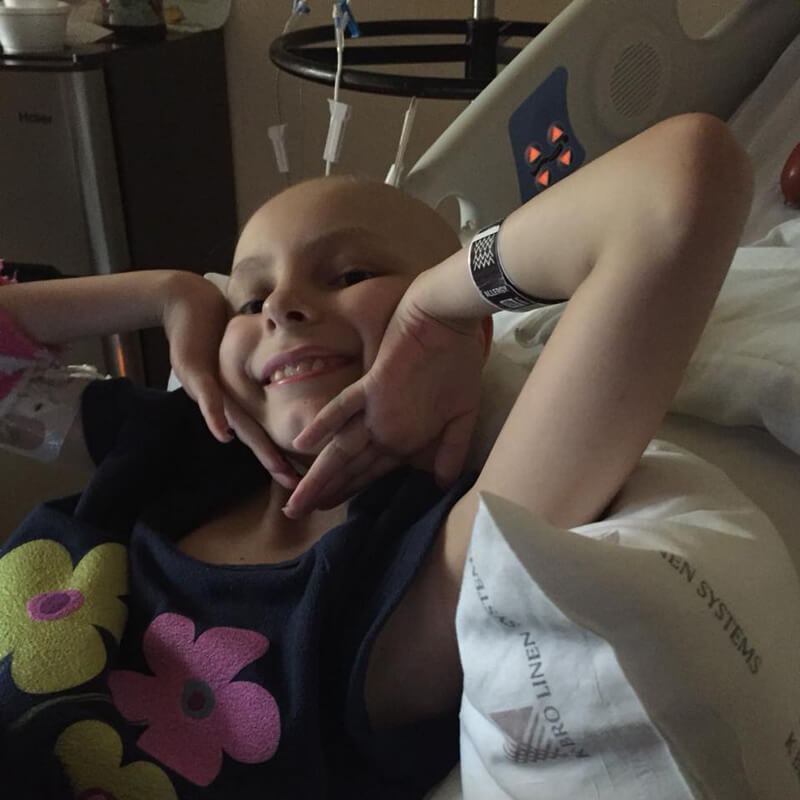 Do you know Jessii Vee ? If so, can you lend a hand? My daughter Hailey was diagnosed with Leukemia last year. She just turned 11 in October and it has been a rough ride since her diagnosis. Hailey is an avid Jessii Vee fan, so much so that she sent her a letter and a gift on May of 2017. She sent her a miniature bottle necklace with a "Potio de Amor" label and some glittery stuff inside. The gift was delivered in June 2017 via Expedited Post to the address posted on her YouTube channel.

I have tried several times to contact Jessii through the email address she posted on Facebook. Hailey and I have also left comments on the YouTube videos trying to get in touch. I can only think that Jessii Vee is inundated with tons of emails, packages, letters and comments and this is why she has not responded. Needless to say, Hailey is heartbroken. I am heartbroken for her.

If you know Jessii, we would so much appreciate if you passed on the message to her and help make a little girl's dream come true. We are not looking for much. Just a little acknowledgment, an email or perhaps a little mention in a video regarding Hailey's thoughtful gift. She would love to see Jessii wearing the necklace. It would brighten her day and be so much appreciated by Hailey and her mommy who has spent countless hours in the hospital bed right beside her this past year of treatment.

A little bit about Hailey : ) Hailey is a vibrant and sweet girl who loves to sing, craft and write. I taught Hailey everything I know about comedy, performing and impersonations. She does a wicked King Candy from Wreck it Ralph and lots of amazing accents. Hailey has an amazing singing voice, but sometimes feels shy about singing in front of others. We're working on it ; )

Hailey was diagnosed with Leukemia on November 2nd 2017. Hailey is our little songbird… nicknamed “Haileybird.” In the spring of last year she had a fall on a school skating trip which resulted in a compression fracture in her spine and, later, she had a weird and unexplained fall in the park. The long, drawn-out recovery brought many tests and questions. We knew it wasn’t quite right that she wasn’t bouncing back as most kids do. A bone density test revealed her bone density was much lower than normal and then a bone marrow biopsy resulted in a Leukemia diagnosis.

Hailey is a joyful child with a huge heart. When she was a toddler, she would say “thanks you” and “good welcome.” We let her keep saying thanks you for a while because who can resist the beauty of that. Hailey loves to sing and is always drawing or making crafts. Since the diagnosis she has found much joy in singing and recording herself on video. 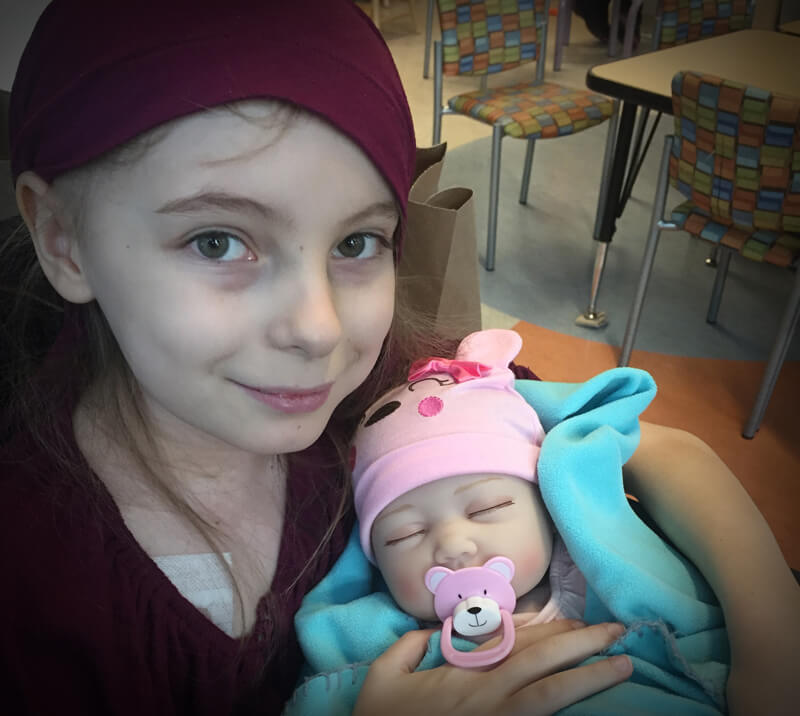 I truly don't know anyone braver than Hailey and together we have faced many fears such as needles and vomiting. The treatment during the first nine months was unbelievably intense with weekly, and sometimes, daily treatments and 11 different kinds of chemo, over 21 medications and many, many spinal taps with chemo inserted in the spine. Some of Hailey's treatments were high-dose, running for 24 hours. 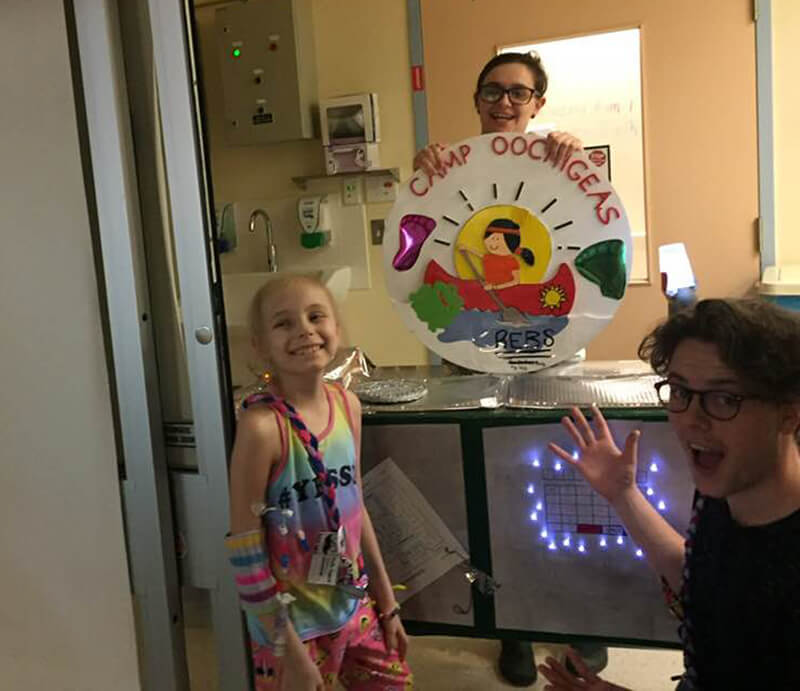 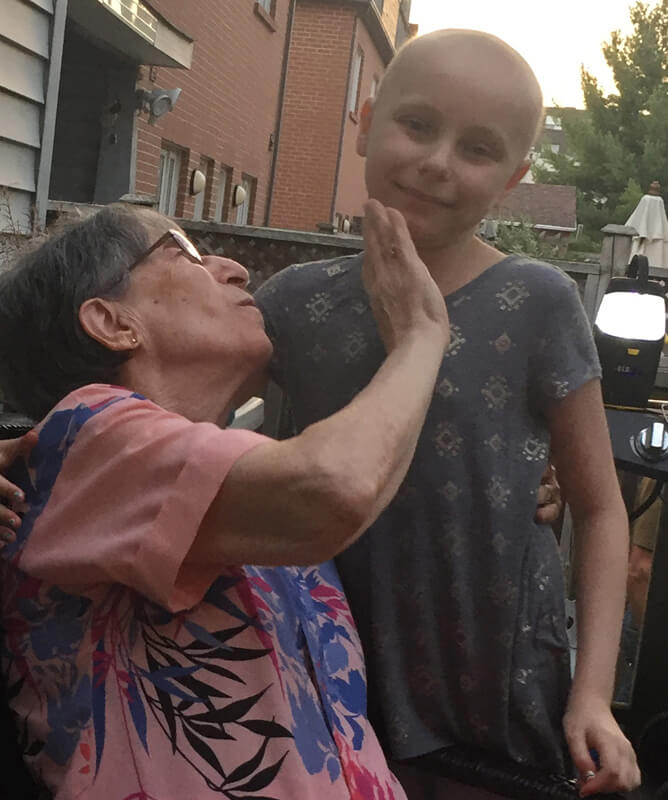 We've had some long hospital stays. When she had a blood infection, they had to remove the port, that had been surgically inserted in her chest, because of the danger that the infection would spread to the port and the plastic line. She has had medication reactions and a 19-day stay that required over a dozen transfusions because her platelets kept dropping to almost nothing. That was a tough time and Hailey was sick many times during that stay.

Hailey has battled through unbelievably well and while she has already been in treatment for a year, the full treatment for this kind of Leukemia is two and a half years. Hailey is back at school while she is in the maintenance part of the treatment. It is still a challenge for her especially when she has to have a monthly spinal tap.

The following is a photo of Hailey and I at the King Edward hotel for high tea... a special outing we had planned for when she finished the intensive part of her treatment. Her hair is starting to grow back! 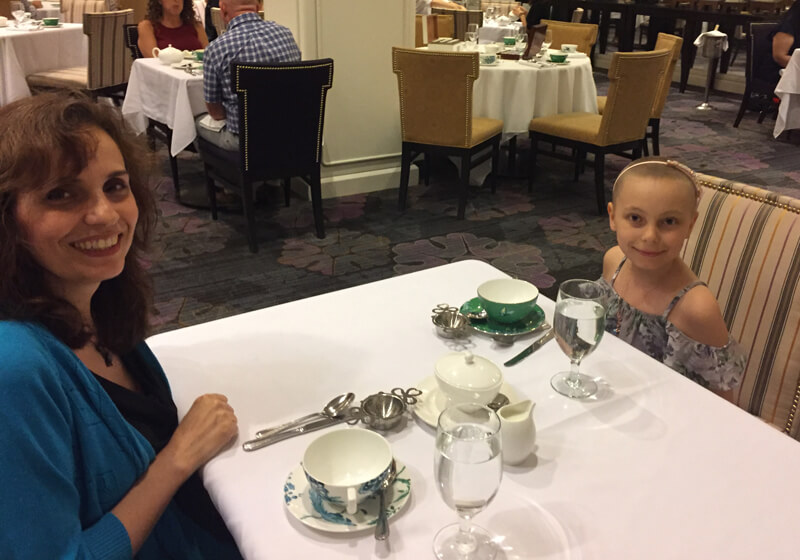 We would love to hear a short message from Jessii Vee and I can tell you that it will add a whole lot of sunshine to Hailey's day. I couldn't believe how compassionate Hailey was in her letter to Jessii Vee, sharing her caring words and concern for Jessii's lyme disease and yet giving so little emphasis to her own battle.

The following is a photo of Hailey in 2017, prior to her diagnosis: 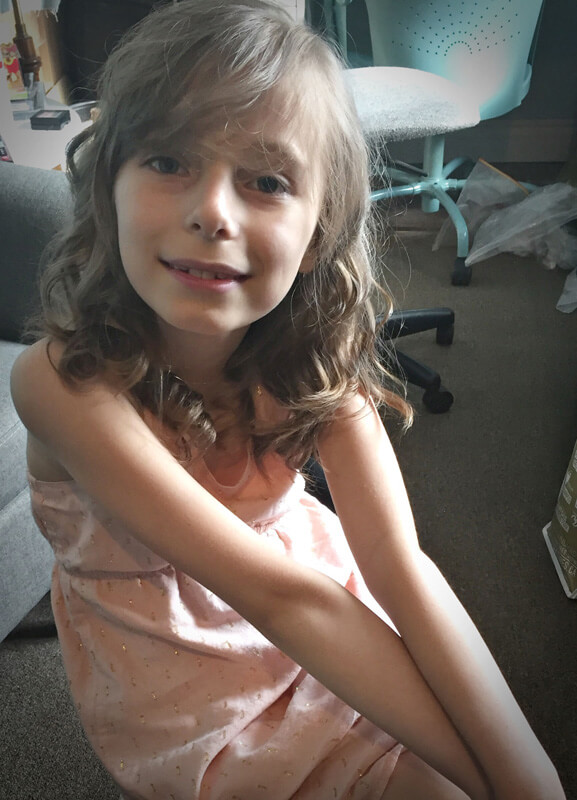 My apologies if this seems like a strange way to reach Jessii Vee. What is a mother to do? The day we learned about Hailey's diagnosis was the worst day of our lives and any bit of healing and love I can bring to my child is a blessing. Please, if you know Jessii Vee, or have a way of contacting her... ask her to send a little message to my Hailey :  )

With much love... Patricia

Have your say about what you just read! Leave me a comment in the box below.

please note: this site does not and will not sell your  information

Copyright © 2010-2022 the-jewelry-making-website.com
all rights reserved
The contents of this site may not be reproduced without
permission.