A Little bit about me... 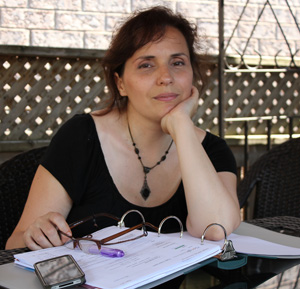 My name is Patricia and I started making jewelry at home 28 years ago. I have always longed to do something creative for a living. I grew up with an artistic mother who graduated with high honors from the top art college in Toronto. I was still in grade school when she decided to attend college full time.

I guess with having a mother who was always painting, drawing, enameling or throwing clay on a wheel, it was a natural progression for me to develop an interest in the arts.

My true, true love was performing. Wow! how I longed to be a dancer and an actress. There was only one problem...I was really shy. I approached acting classes on a couple of occasions and found I just could not speak.

I put the dream on the back burner knowing that I would try again once I felt more confident. At the age of 22, I decided I wanted to study fashion design and enrolled in a college program.

Three years later I graduated with high honors and zero interest in pursuing the field. Although I loved designing clothes I realized that I did not love the industry.

I secured an office job and was promoted a couple of times within the company. After a couple of years with the same company I found myself becoming more miserable.  Actually, I was really more than miserable... I had no idea how to make space for myself in the "work world."

I am a true Gemini, through and through, and let me tell you it has been a long learning curve balancing that Gemini nature. I think I'm getting the hang of it.

At 26 I quit my job at the beginning of a recession and I had no idea what I could do for a living. I worked temp jobs and again found myself coming up short on how to integrate my true self into the work environment.

I started to make things...placemats...decorative boxes and jewelry. I soon took to making jewelry at home and developed a passion for it. Everything I made took me an hour and I thought everything I made was beautiful.

Luckily not only did I develop my skills, but I developed my eye for beauty. What I thought was beautiful then, I would not dream of selling or making today.

I did return to my dream of pursuing acting and enrolled in some improv classes. Yeah...I could finally speak and I actually had fun too.

Slowly over time I built my jewelry business by exhibiting at craft shows in Canada and the United States and by selling my line to stores.

In 2002 my first child was born and started the show circuit with me at only five weeks old. Oliver slept in a bassinet under our booth table for most of the eighteen days of our exhibition.

The performing bug hit me again and I signed up for a couple of stand up comedy classes. I knew I had to take the class, but I promised myself that I did not have to actually get up in front of the class if it felt too overwhelming.

The teacher, who was absolutely wonderful, created a really safe environment for everyone and by week two I was up in front of the class with a microphone.

On my second round taking the class I became pregnant again and in 2007 Hailey was born. 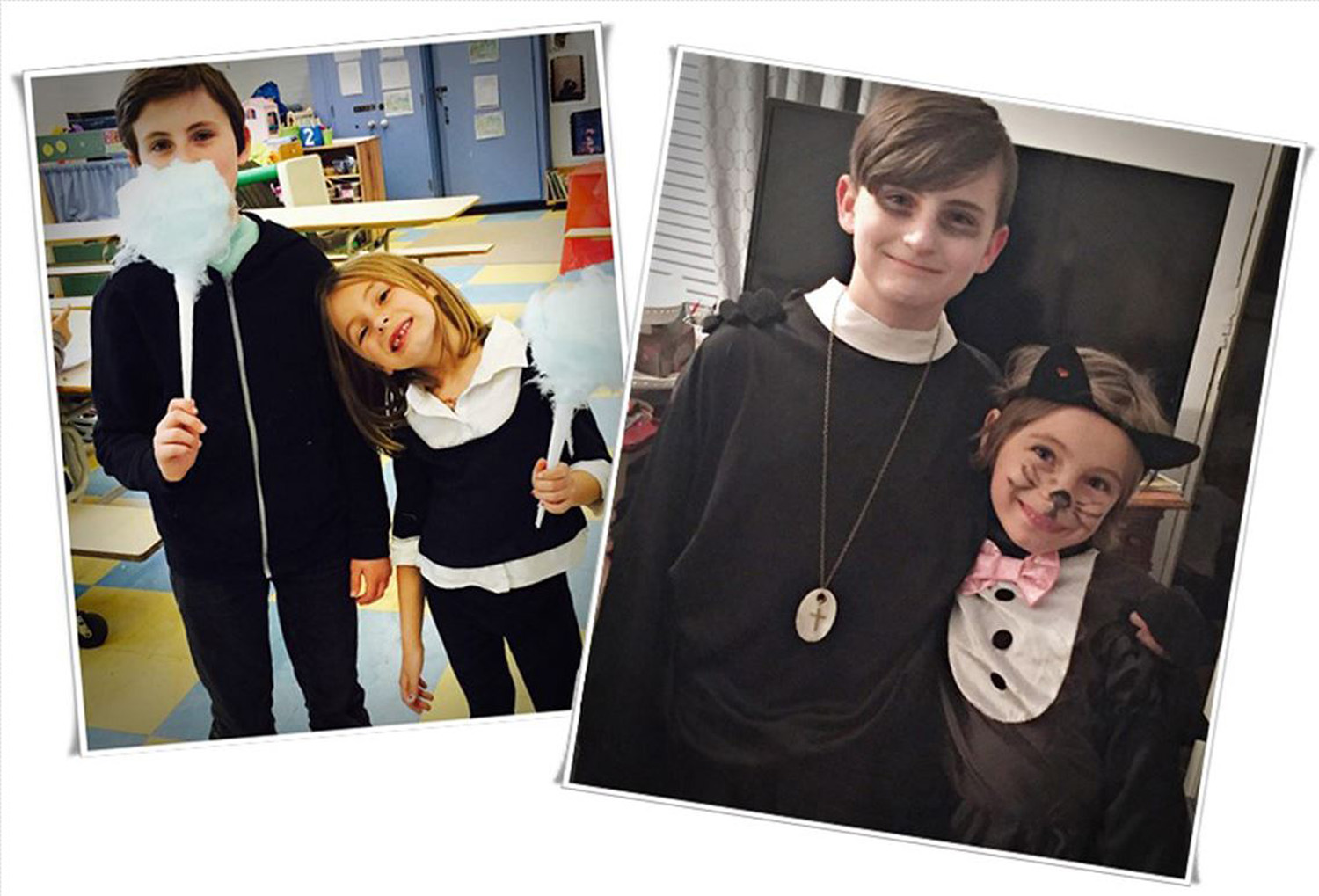 To this day I cannot imagine going to work outside the home and not being able to be with my children. I feel so lucky to have been able to be home with them every day in the years before they started school.

In November 2017 my daughter Hailey was diagnosed with Leukemia. It was the worst day of our lives. It has been a tough process going through treatment. Hailey is doing well. She has been in treatment for a year now and still has about 15 months of treatment to go.

The following is a photo of Hailey returning from a weekend camp through the hospital. She is getting her hair back : ) 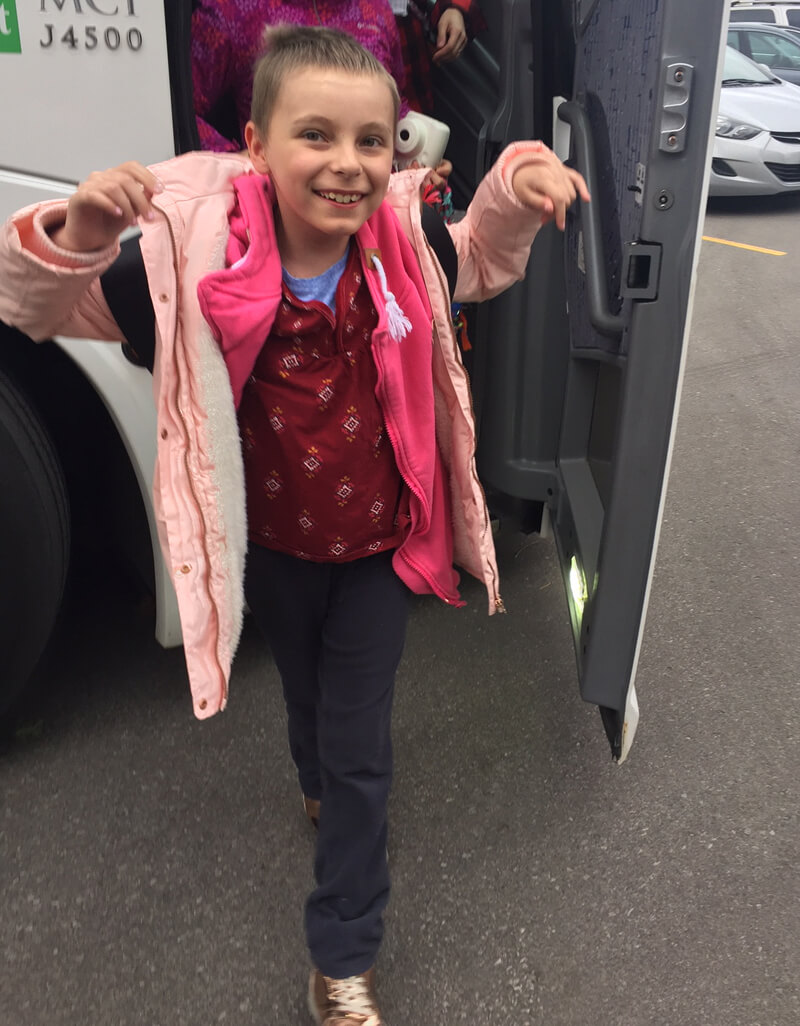 On a side note, Hailey is looking for YouTuber Jessii Vee. She is an avid fan of Jessii Vee and sent her a letter and gift  in May of 2018. Since then we have not been able to reach Jessii Vee by email or through YouTube. I am trying to make Hailey's dream of hearing back from Jessii come true. If you are familiar with this young YouTuber and feel you can help Hailey's dream come true, you can read the page about that here. We would be deeply grateful for the assistance.

I still love making jewelry but I have had to cut back on shows since Hailey was diagnosed. It has been just over a year since I have written articles on this website because my sole focus was getting Hailey through the intensive part of her treatment.

Now that Hailey is back to school, I will return to writing more articles that will help you grow your handmade jewelry business.

My intention is to always provide you with value on this site. I want to see your business thrive and help you create a life where you love what you do every day!

That is a little bit about me and I hope that you will join me often on the jewelry making website and find some value in my writings.

Return from About Me to the Home Page

Have your say about what you just read! Leave me a comment in the box below.

please note: this site does not and will not sell your  information

Copyright © 2010-2020 the-jewelry-making-website.com
all rights reserved
The contents of this site may not be reproduced without
permission.